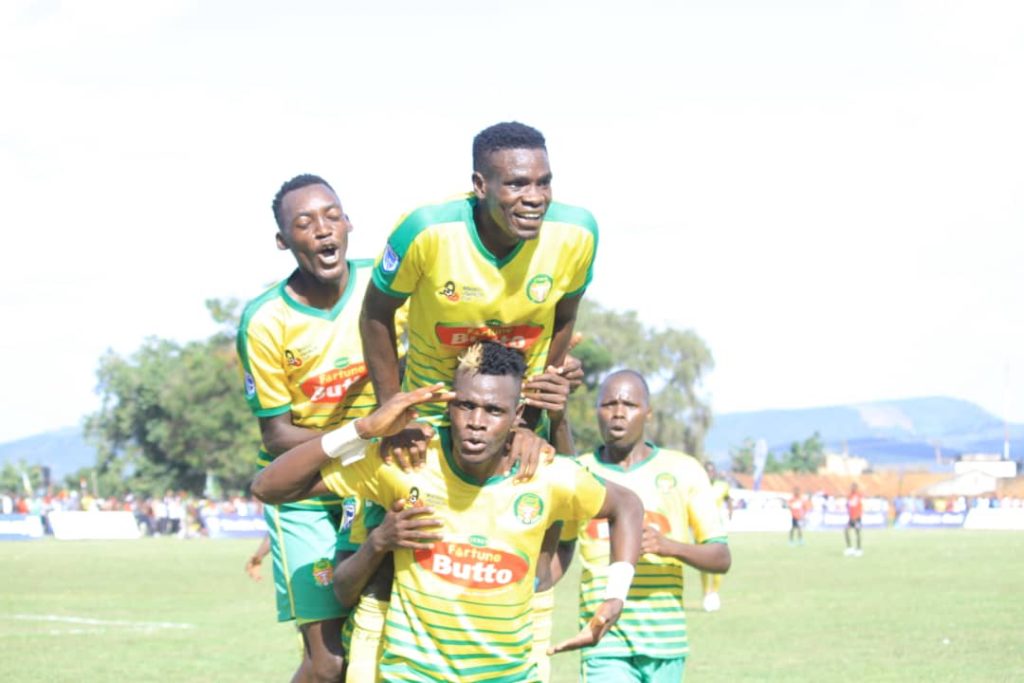 Uganda’s representatives in the CAF Confederation Cup Bul FC will be focusing on making history as they make their debut appearance on the continent count.

The Eastern  Giants target a first-leg advantage when they host Egyptian side Future FC at St Mary’s Stadium in Kitende.

BUL reached this stage after winning the Uganda Cup last season when they beat Vipers 3-1 in a thrilling final held in Booma, Masindi.

They have had a number of matches so as to prepare and the squad was further strengthened with crucial additions to match the challenge at the continent.

According to the Assistant coach Kasule Richard, this is an opportunity that has to be used and it is so special to be utilized at a moment.

“This is the unique opportunity we got after last season’s hard work, We take this as a special time that we should utilize to show the world that we are equally doing something special in Ugandan football, and we need to show that we have also put a concrete brick on the growth of football in the country,” he said

He promises good performance and aims to go to the next level adding that everything is set as their players are ready and prepared to offer their best.

“We expect to put something unique on the pitch tomorrow as we aim to progress to the next level. The players are ready, the technical team is very ready as well, and prepared to offer all we can to ensure BUL moves a step ahead.”

Future FC on the other hand, finished fifth in the league recently, with 56 points.

They qualified for this Stage (CAF Confederation Cup) after Egypt FA decided to choose their representative based on the first-half results of the season because the season had not yet ended ahead of the CAF deadline.

Future was seated fourth by then and hence earned a Continental ticket.

Future was previously known as Coca-Cola FC but they changed their name last year in September after they were acquired by Future company for sports investments.

They won the 2022 EFA League Cup, a new competition competed for by top-flight Egypt clubs.

They arrived in the Country earlier this week and have been residing at Sheraton Hotel in Kampala.

The return leg in Egypt will be played next Saturday on September 16, at Cairo International Stadium.