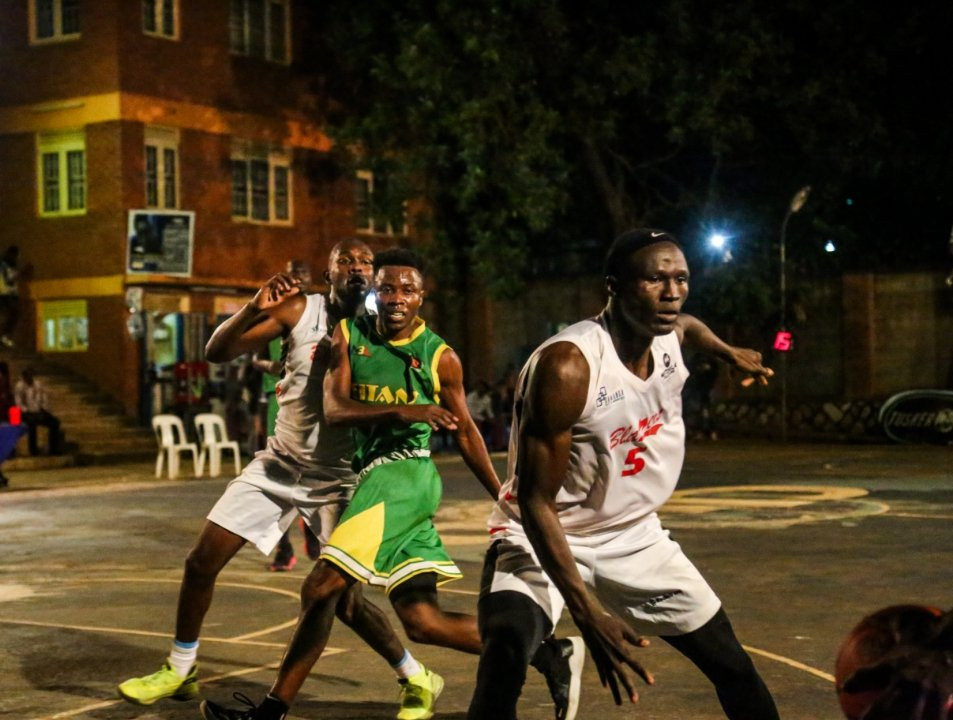 The FUBA National Basketball League playoffs semi-finals were fueled with more energy from the Namuwongo side as NamBlazers edged KIU Titans 81-56.

Nam Blazers this time round proved to be unstoppable and by the end of the game, KIU Titans could feel what it really meant to face off with the Blazers.

The first quarter had Nam Blazers off the mark with Amisi Saidi opening up with a layup, followed by another one from Deng Dikong as the KIU side struggled with ball handling missing out crucial points that could have saved them, rather came up with a layup from Fidel Okoth as Paul Odong responded with a stunning  3 pointer for Nam Blazers.

Edgar Munaba with a jump shot for two for the KIU side brought the chase back on but this could not stop the already heated up Blazers as Ariel Okall delivered a 2-pointer pushing the Blazers to the lead by 3 points.

Paul Odong with another stunning three-pointer jump shot was only the beginning of the Blazers attack as Collin Kasuja and Ariel Okall continued to punish the Titans with nonstop shots having the quarter ended 19-8 pushing the Blazers to an early lead by 11.

Owning the second quarter to themselves, Nam Blazers had no signs of letting go at this point regardless of how the stiff run ended the quarter at 17-1 and subsequently 36-24 at half time in favor of Namuwongo.

NamBlazers duo Deng Dikong and Ariel Okall aka the doctor gave the titans hard time as the two were seen dismantling the titans’ defense edging them to another quarter.

The final quarter had the Blazers all in as Amisi Sadi opened up with a layup, Deng Dikong beating the titans’ defense with also another layup having the Blazers fair trail with 18 points in the lead.

KIU’s Elvis Mutebi with a jump shot for 3 points was just a mere dent on the already powered-up Blazers as Peter Obleng came through with yet another layup, Ariel Okall drilling through the titan’s defense with a layup.

The already burnt-out titans were at Deng Dikong’s mercy as he continually upset their defense and Daniel Juko sealed the win for NamBlazers 81-56 with Blazers in the lead with 25 points.

Deng Dikong took the winning plan personally as he came through for Nam Blazers with 28 points, Ariel Okall with 17 points /18 rebounds, and Fidel Okoth and Stanley Mugerwa were the only KIU players with a double figure.

Nam Blazers with more chances and hopes need to win the rest of its encounters to get a finals slots.