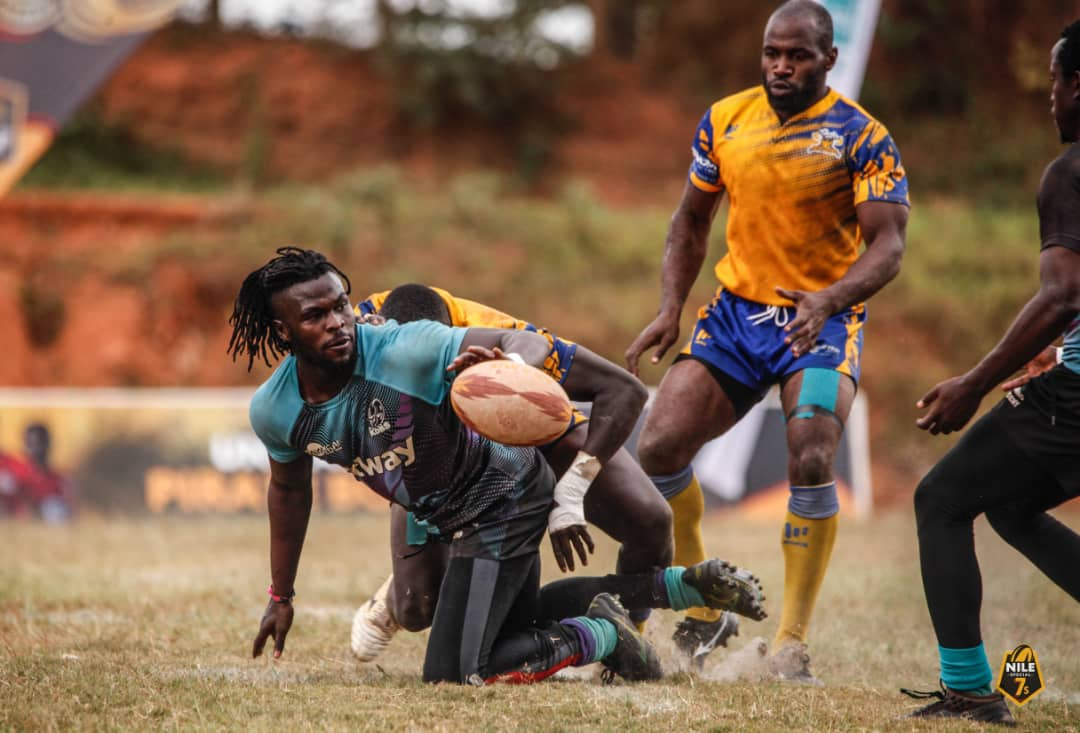 Unlike the other sevens circuits, the Stanbic Rujumba 7s were full of unmatched energy and momentum from all the teams that took part.

Teams having played at least three circuits, the Rujumba circuit was a revival chance for some other teams and improve their game.

It was a fun-packed weekend from the fans’ side too who got to witness some beautiful rugby from youngsters, pros, and legends.

From all the rounds in the Rujumba 7s most interesting game was when the newly promoted Walukuba Barbarians gave Heathens a harsh welcome, another sign of improvement from all the recent circuits.

Walukuba’s rivalry with Boks continued in the Rujumba 7s once again with the two having heated up meeting in the challenger cup quarter-finals as they again proved themselves worthy to Boks by walloping them 31-05.

Gaining more momentum, Walukuba Barbarians again lost respect for Impis in the challenger cup semi-finals edging them 17-10 and advancing to the finals where they eventually fell out to warriors 22-12.

With major contenders, Hippos in the quarter-finals gave Rhinos a hard time edging them 17-12, as the Pirates were looted by the Heathens 12-05, and KOBs walloping Sailors 33-00.

Onto the semis were usual rivals Heathens Vs Hippos and Kobs taking on Buffaloes.

For the heathens and hippos game, the Hippos could only hold on till half time at 5-5, and on return to the next half, it was a usual business for the Heathens ending the game at 10 -5 having the Heathens advance to the finals.

Kobs on the other hand had no problem handling the over-weighted buffaloes holding them down to 12-5 at full time.

A tense final between Heathens and Kobs, the major rivals as for the first time in the ongoing circuits, have made it to the finals.

Kobs with great conversions and physicality showed the need to win the game as they came leading straight giving the Heathens a daunting chase for the title.

By half time it was already 7-10 with the Kobs in the lead having the heathens reassemble but could not stop the already heated up Kobs with Mark Osena who was the player of the match for these series finals.

A cold breeze was felt under the skins of the Heathens fans at the final whistle, having the Kobs win the Stanbic Rujumba 7s.

Hippos on the hand whipped Buffaloes 10-7 to finish third and buffaloes followed in the fourth position.

In the Lady’s Category, Black Pearls managed to scoop the lady’s central 7s after defeating all its opponents with 11 games won and 2 drawn.